Focused on Machining, based in Louviers, Colorado, is a job shop that specializes in prototype and low volume production machining for the aerospace, defense and medical industries. Owner and president Justin Quinn acquired the company in 2016, when the company was bringing in about $700,000 a year. Today, it is averaging $2 million in annual revenue. In a conversation with Justin, it quickly became clear that a few key factors are responsible for Focused on Machining’s rapid growth. 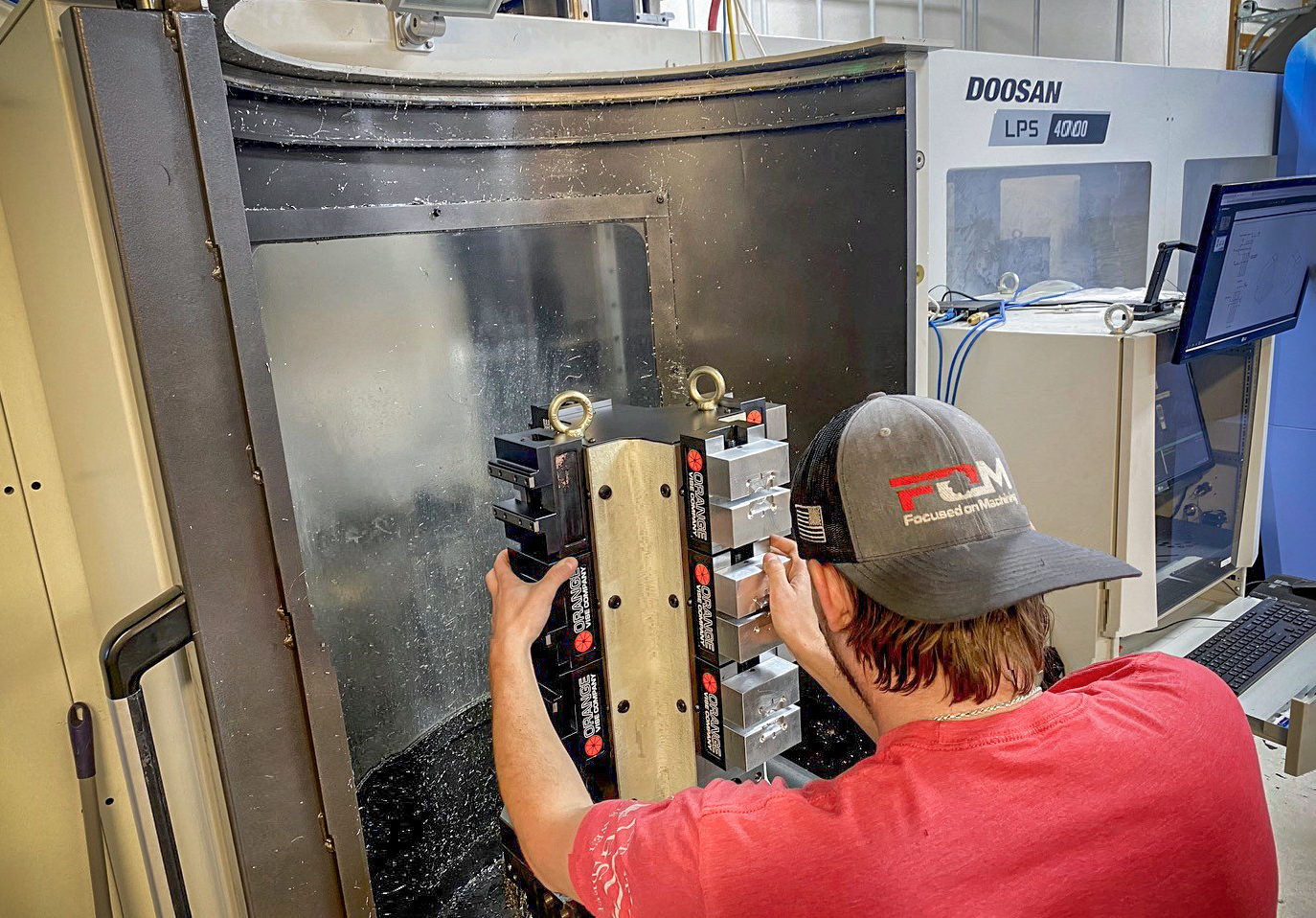 Typically, a machinist buys a company and then learns the business end. Justin did the opposite. After six years in the Air Force, he attended The University of Northern Colorado and received a Finance degree. He worked his way up the banking ladder to assistant VP in commercial lending. “Financing small businesses made me realize that I wanted to run my own operation,” Justin said. He chose manufacturing because it reminded him of his military service. “I missed working with down-to-earth, hard-working people.”

Change for the better

Once he had the keys in hand, Justin immediately put his business savvy to work. An important part of the growth process was an upgrade in equipment. “We were looking to expand, add to our current capacity for parallel work and also to move into new processes,” Justin said. “Then we met with distributor J.M. Grisley Machine Tools. They turned us on to Doosan and that really fired the second stage of our growth.”

Focused on Machining has since loaded the shop floor with Doosan machines, including a DNM 5700, an NHP 4000 with a 275-Tool Matrix and 12-Station LPS, and their most recent acquisition, a DNM 4500.

“The Linear Pallet System came to my attention at IMTS in 2018,” Justin said. “I came away with a vision that we could make the LPS work on a small batch scenario.” The first step was to challenge industry norms by redesigning their tombstones with modularity in mind. The new design featured multiple little vises that go from zero to five inches, perfect for the small parts that are the company’s bread and butter.

“I wanted multiple parts per tombstone,” Justin said. “Within 30 minutes, we can have the entire tombstone torn down and built back up for new parts. That was the customer application I was trying to solve—serving that small lot customer with a pallet system.” 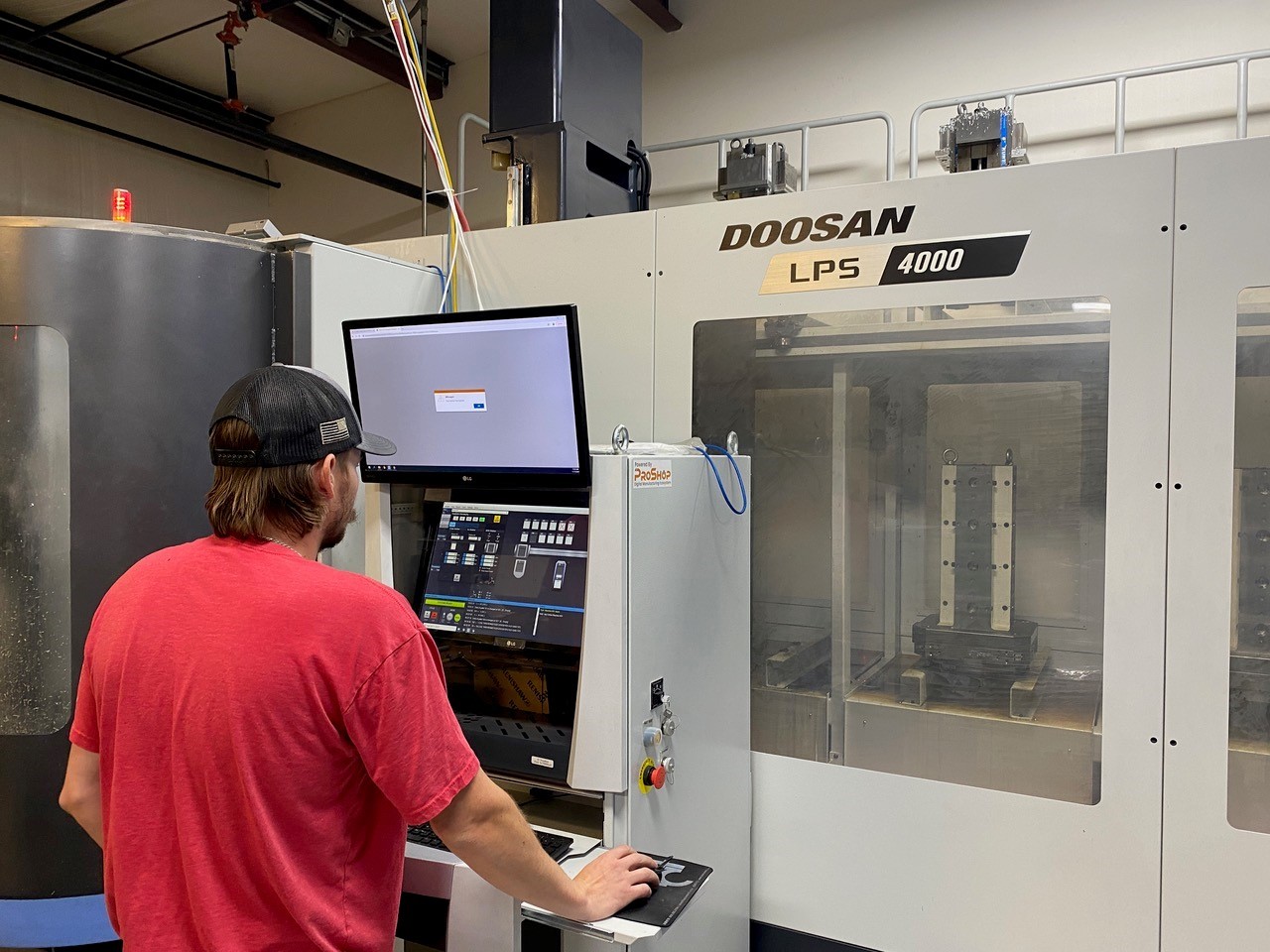 According to Justin, what set Doosan apart was the LPS software. “They have a very easy system. When you’re loading the LPS, you can assign programs to different parts on the tombstone and turn parts on and off. Previously, if the operator removed one part from the mix, they had to cut air or completely reprogram. The LPS software allows you to easily organize and match your part programs to loaded fixtures so that you’re not wasting any time, allowing the spindle to stay in the cut as long as possible. Copy and pasting programs, basically. It allows us to be highly variable and modular.” 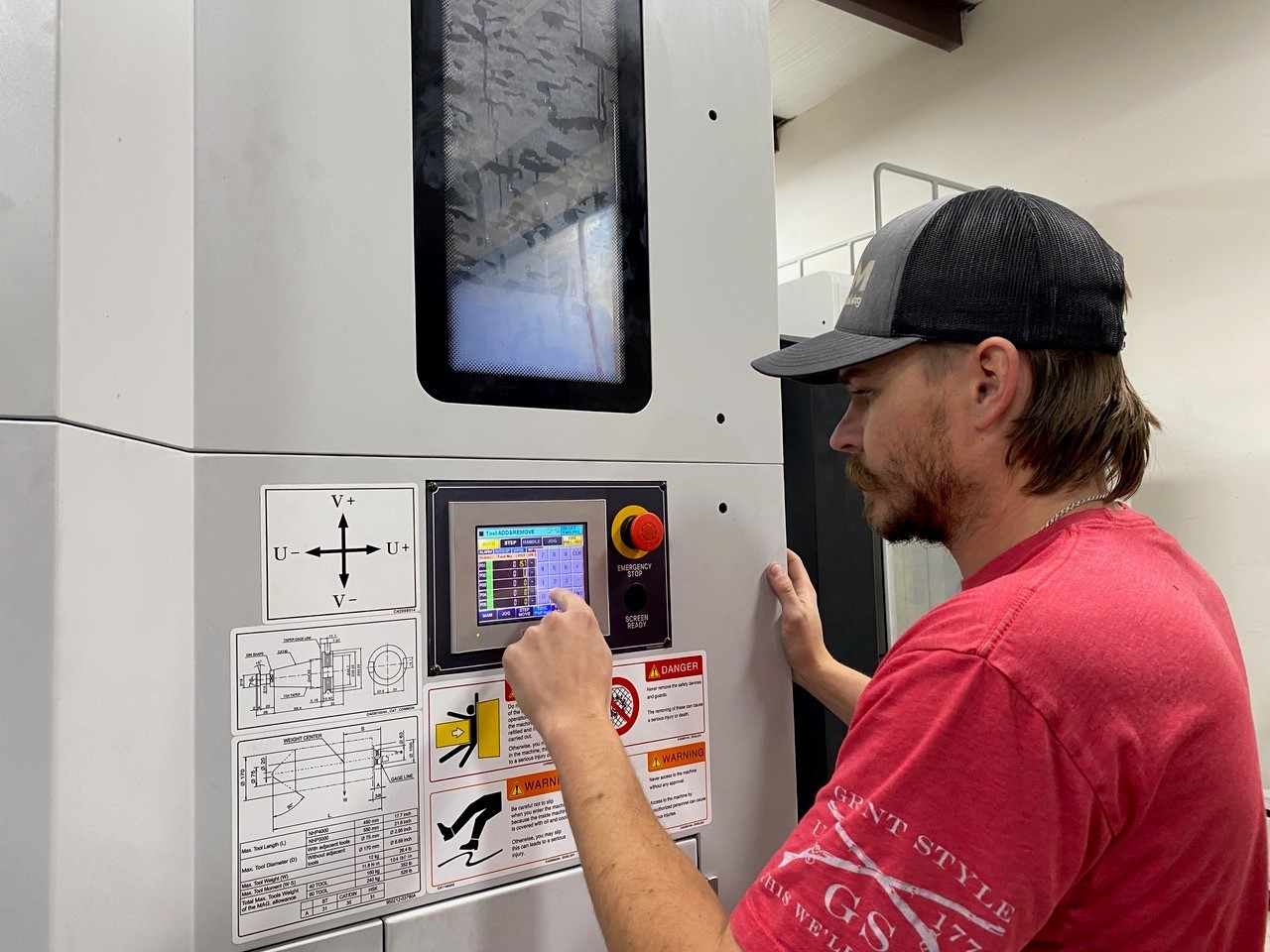 “I love Doosans. Their prices and capabilities are on par with any machine I’ve looked at or that I have in the shop. But the service side is huge,” Justin said. He appreciates the fast, local service he gets from J.M. Grisley. The other machine tool companies have good machines, but no local support and service. “Our LPS will be on the floor for 20 years or more, “Justin said. “When we have a question, we text J.M. Grisley with a picture and have an answer in minutes. If we went another route, we’d have to wait days for service and pay to fly a rep from another part of the country.”

“It’s at the point now that when we bought the DNM 4500, I didn’t even look for other options. We just got the price from J.M. Grisley and went from there.”

Justin wants to expand operation times with more automation. “How do we take our LPS mindset and apply it to cobots? I want to get to a third shift that’s 100% cobot driven.”

Expansion is also on the list. “We’re out of space after buying the DNM 4500. So, we need a bigger facility and more Doosans.”

If you’d like to talk to an expert about your next machine purchase, click here to find a Doosan distributor near you. You can also contact us at our New Jersey headquarters.