Endeavor Machined Products (EMP) is a manufacturer of complex precision aerospace parts based in South Bend, Indiana. The company started from scratch 10 years ago with a couple pieces of equipment and two people. Today, EMP employs 16 people working on a dozen or so machines on the shop floor. According to President Jim Duszynski, the company’s success was built on their ability to do complex work that other organizations don’t want to take on. The company has full AS9100D and ISO 9001:2015 certification from SAE International for Aerospace.

More Bang for the Buck

With a business model of high quality on the toughest jobs, pennies count. Precision cutting with fast turnaround and minimal scrap is what pays the bills. EMP only used Japanese machining centers in the past, but when they crunched the numbers, they got a surprise. The Japanese model cost 15% more than a comparable Doosan, and came with less standard equipment.

But how would the Korean machines work on intricate parts? “Using an Inconel aerospace part as the test subject, we ran our current mills head-to-head against a Doosan DNM 4500S vertical machining center,” Duszynski said. “Not only did the Doosan perform just as well, it came with more value-added bells and whistles that help with job setups and overall productivity.” These include a 40-tool magazine as opposed to the 30 offered by the Japanese competitor, an oil skimmer, and a standard Renishaw interface (OMI2 optical receiver + GUI software) to allow the machine to accept a spindle probe or tool setter.

The Contender Weighs In 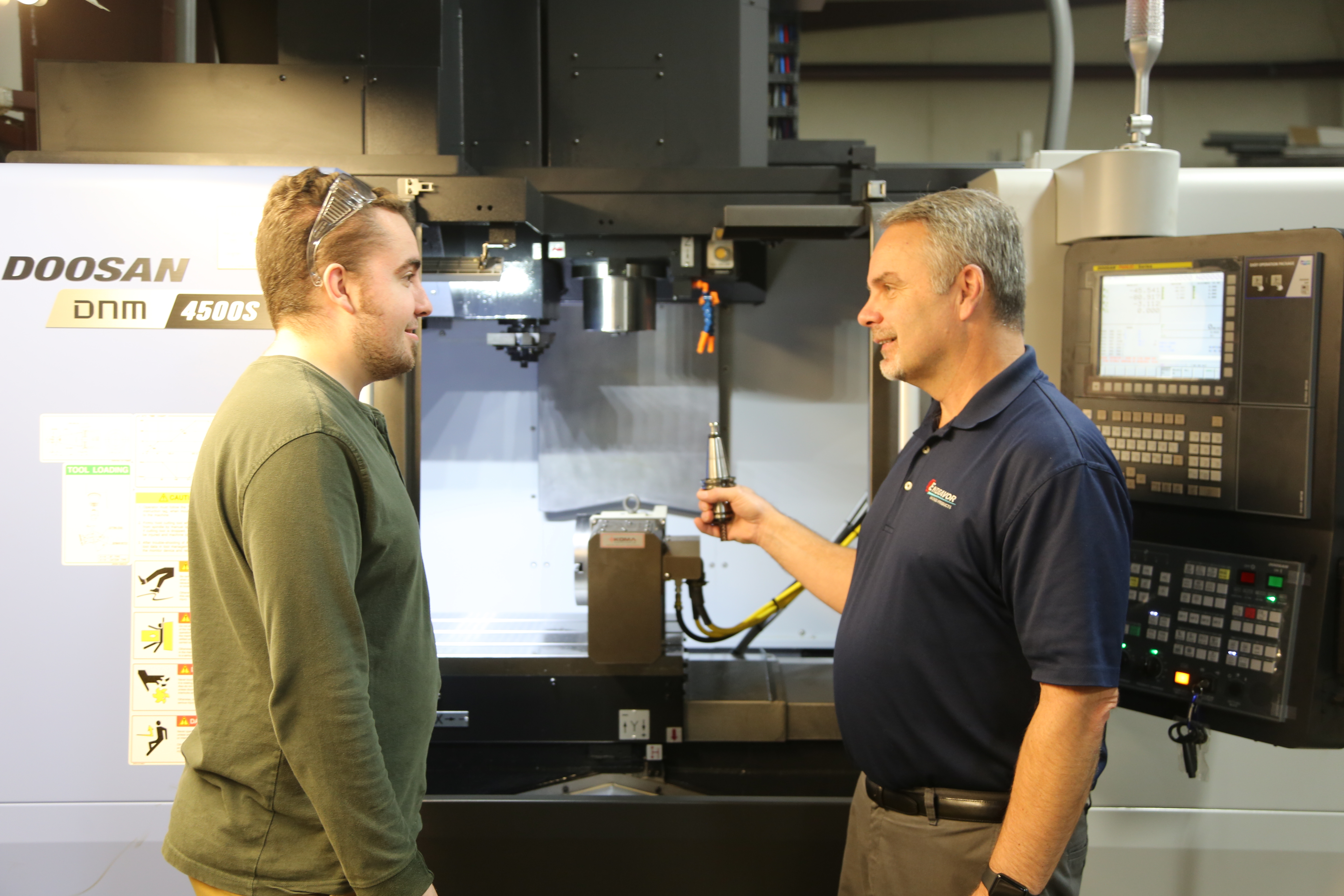 The DNM S series machines are a step up from the non-S models. They come with a faster 15,000 r/min spindle (compared to 12,000 r/min) and the rapid feed rates are 1,653 ipm (compared to 1,417 ipm), making the machine perfect for high speed machining applications. The control also comes with the Smooth Surface Package, which consists of AICC II 200 block lookahead, jerk control and nano smoothing for applications where finishes are critical—such as those found in the aerospace, medical and die and mold industries.

Duszynski acknowledged that he was a bit apprehensive about going from a Japanese to a Korean machining center. Doosan dependability was the final deciding factor. “We bought a Doosan V550 vertical turning center seven years ago,” he said. “It’s the only machine in the building that has never needed a service call outside of routine maintenance. If the rest of Doosan’s machines would treat me that well as well as that lathe, I was willing to take the leap of faith on the mill.” 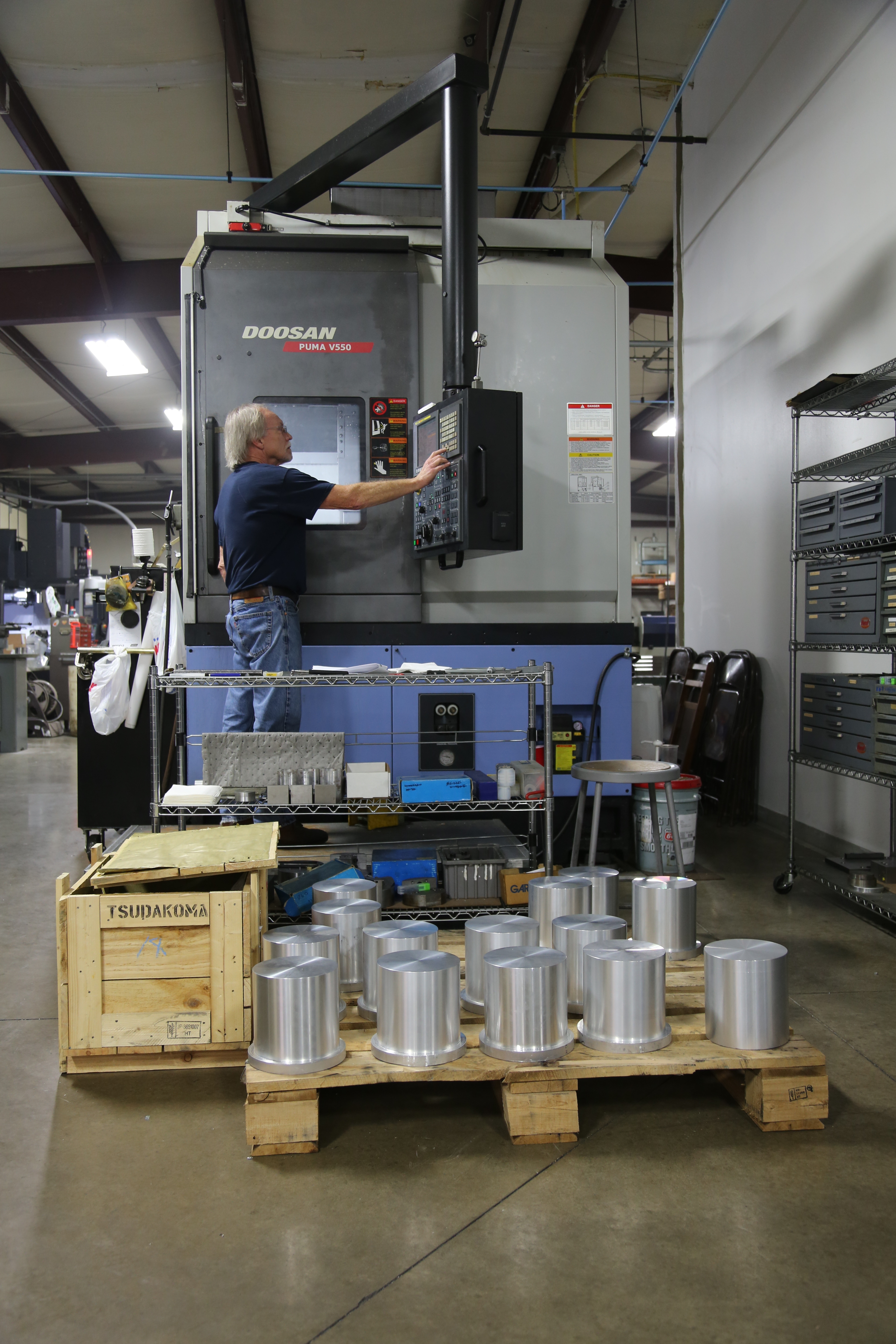 The result was that EMP purchased two DNM 4500S vertical machining centers within the last year, with a third on the way.

Duszynski already had a specific job in mind for the first DNM 4500S. It was put right to work on a long running production job, an aluminum forging for fire department equipment. The Doosan is now turning out 250 parts per week, running two shifts, 5.5 days per week. 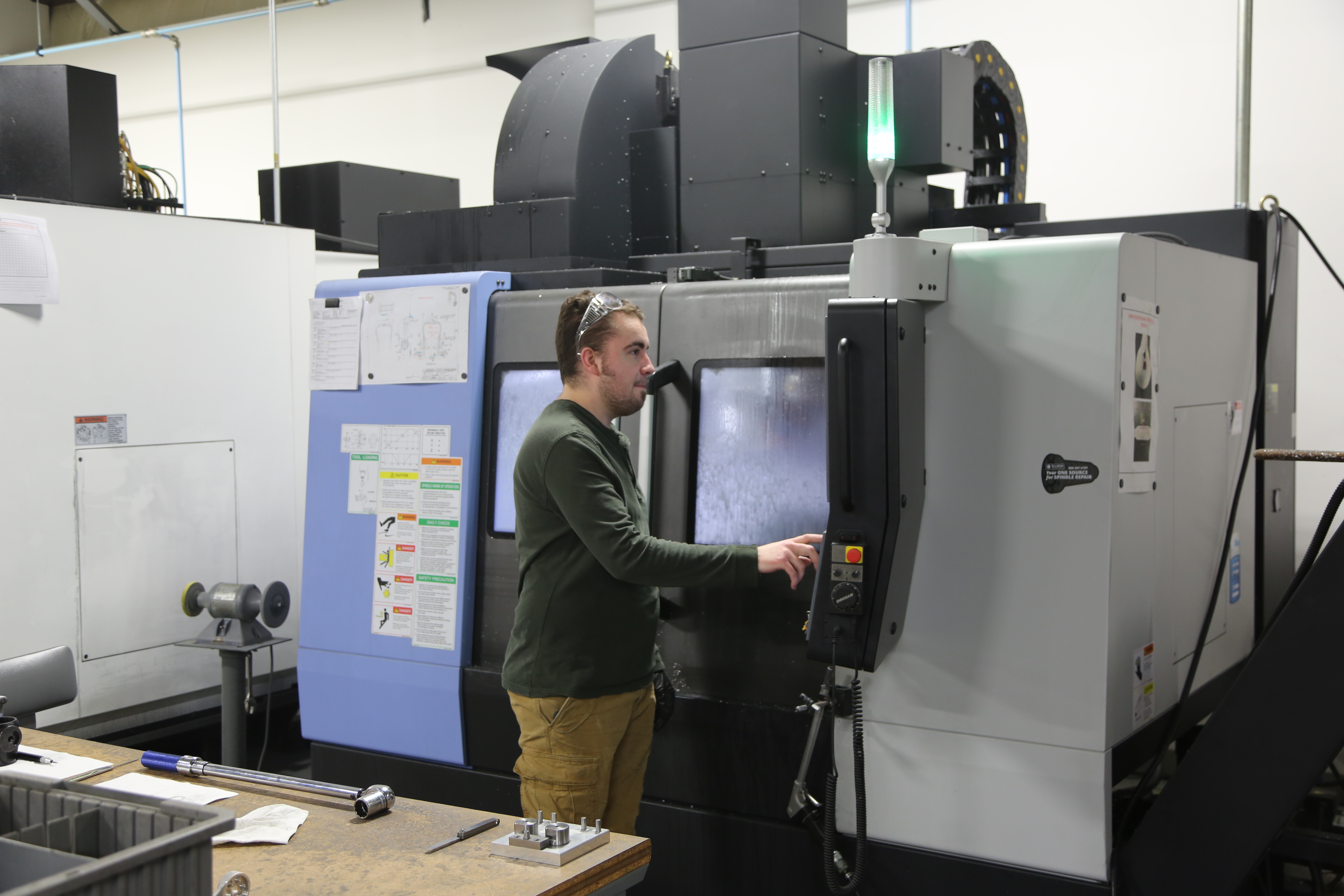 The second DNM 4500S was needed for a new long-term project: machining a series of parts out of Inconel for heat exchanger manifolds. The cycle time is about two hours. “We took the program from the Japanese machine and ran it on the Doosan with no degradation in cutting time or part quality,” Duszynski said. The company will take delivery of its third DNM 4500S as this project expands.

Backed by the Doosan Team

How has this transition to Doosan gone for EMP? “I have to give credit to Duke Sturges, the Doosan representative from Ellison Technologies, for never giving up on us. It was a big leap to change machines, and Duke must have made 10 visits to our shop before he convinced us to give Doosan a try,” Duszynski said.

“Our experience with Doosan and Ellison has been 100% positive. They are true customer advocates and an important component of our decision. Even though we’re a small company, they give us a great response time whenever we reach out.”

Ever wish you could combine the highest quality with a reasonable price? You can do it at Doosan. Contact us and find out how we can add value to your operation.