West Salem Machinery Company has been in business in the Pacific Northwest for 70 years. Up in that territory, lumber is a way of life (rainfall exceeds 120 inches per year), and the company got its start in sawmill operations.

Today, the company’s grinders, screens and conveyors serve the heat & power, biofuel, recycling, wood & gas and mulch & soil industries, and they do it with a reputation of performance, durability and reliability leading the way.

Those attributes are what make West Salem an ideal Doosan Shop.

In 2009, West Salem had a dual turret lathe from another manufacturer, and when they began shopping for another lathe to handle their bigger materials, they looked at that company first. But then they caught wind of the PUMA 700L and its impressive work envelope. They quickly found the PUMA did everything the competing machine did for two-thirds the price. It’s still doing reliable work a decade later.

This high torque, heavy duty horizontal machining center was welcomed into West Salem in the spring of 2014. Its dual pallet system and pallet changer is used for the company’s rotor assembly components. Before the NHM 6300 showed up, the work was being done on older mills with three or four setups. We’ll give you one guess as to how many setups are needed now that the NHM handles the work.

“It was previously on a competitor’s vertical mill, so we had to use angle plates on it and everything. That’s when we decided we needed something with a rotary on it and a B-axis to get at all sides,” said Joel Rumrill, VP of Operations at West Salem. 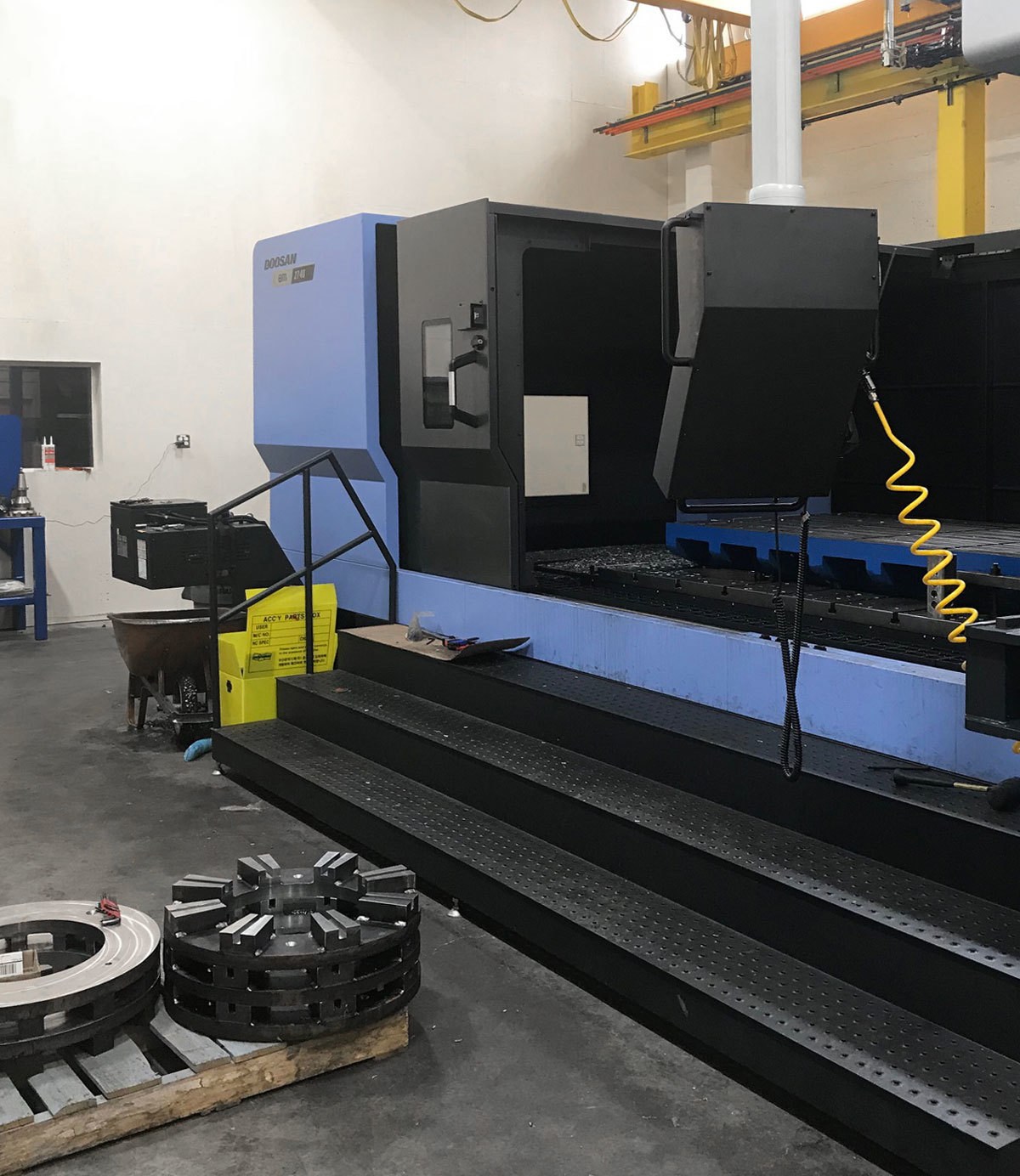 West Salem got this strong and stable bridge mill up and running in early 2019. Prior to the installation, they had to stand a part up 90 degrees on a horizontal mill and machine it. It was dangerous and time consuming, which expedited the process of bringing in the BM 2740. Some of West Salem’s parts are 45 inches high, and the shop didn’t want to break a setup to go machine the other side of the part.

Thankfully, with the BM Series, they can put the whole case in, which is close to 10 feet long and up to 9 feet wide. The BM has an extra 300 mm of room West Salem needs to machine.

The parts are being machined much faster, and the BM has singlehandedly negated the need for another boring mill. It’s been a huge cost savings for the shop.

The moment Ellison Technologies began installing Doosan machines at the West Salem facility, high technology and high production became themes for the shop. Ellison worked with West Salem to make sure all options were correct, including a specially-designed 90 degree head holder for the BM2740. ““For the BM 2740 install, Ellison gave us competitive pricing and an excellent schedule for getting it installed,” Joel said. “Everything went great. Their technical competency is very strong, and the training they gave us to get us up to speed was invaluable.”

In Ellison, West Salem now has a distributor that’s a business partner and consultant, and not simply a salesperson. Joel had an anecdote ready when we asked him about it. “When we bought the new bridge mill, we had a couple large parts that intermittently got failures. They didn’t show up very often, but when they did, we knew we’d have difficulty.

“Ellison came down and looked at a part we were getting ready to machine and came up with some new ideas on how to attack it. We implemented based on their recommendations, and it’s been much improved,” he said. “The really cool part was they didn’t hesitate to offer to come down and look at it. Within two days, we had three Ellison guys on site, pinging ideas off our group. We had a new solution and a new method that day.”

The expertise of Ellison and the technology of Doosan machines have completely changed the dynamics at West Salem. Cycle times are down, repeatability is up and the company’s future looks bright. 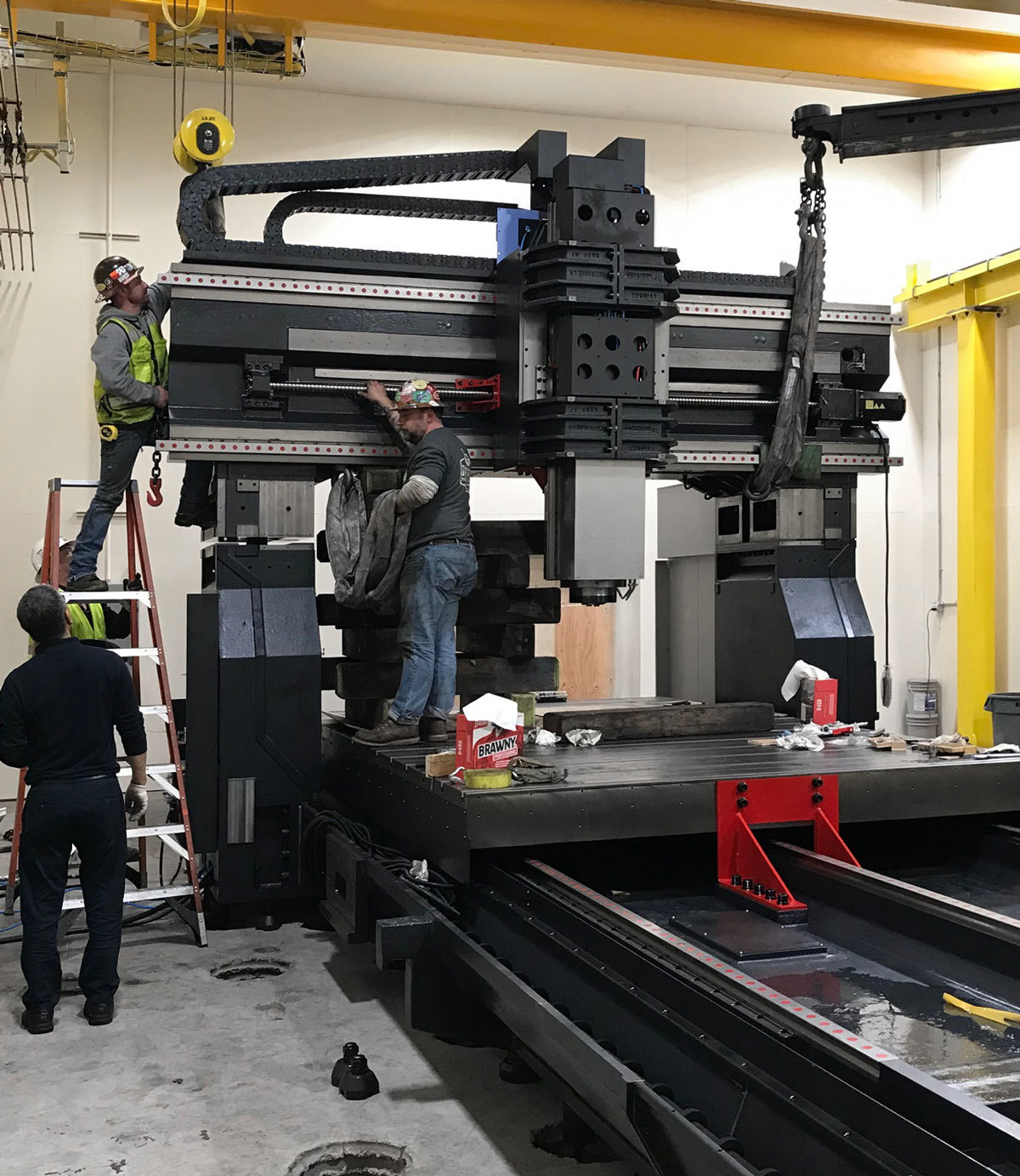 When we asked the guys at West Salem how it’s been working with Doosan, they were quick with the answers. “The machines are just robust and really tough,” said Joel. “We’ve had only a couple days of downtime in the last 5 years with the lathe and the horizontals. I’ve been around Haas, Okuma, NAGATA, Nakamura. You just can’t beat these machines.”

“I’ve run a lot of different machines in my career as well, and with Doosan, as far as the quality and reliability goes, you can’t beat it,” said Robert Robert Murray, Machine Shop Supervisor. Excellent and robust machines we’ve never had issues with. An all-out great lineup.”

If you want to see the Doosan difference first hand, find your local distributor and start the conversation today.