T Squared, a custom golf equipment manufacturer, makes high-end putters that are designed, milled, tested and assembled to exact customer specifications. The machining is done on a fleet of Doosans. The company is still in its early stages, but there’s a reason for that:

Its founder is 17 years old. 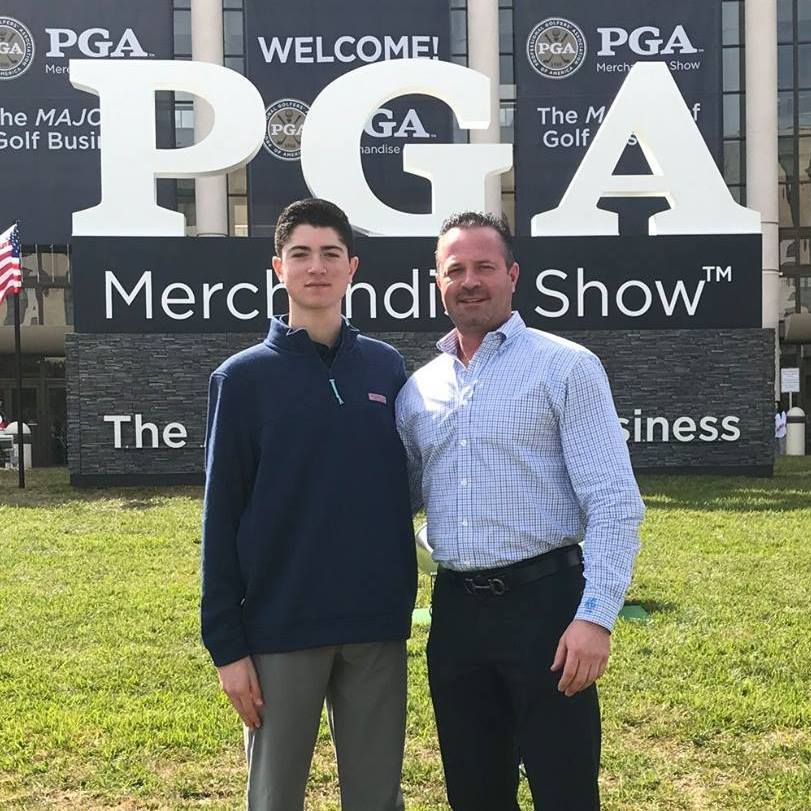 He’s loved golf since the age of 6, but Tony Tuber’s appreciation of manufacturing didn’t happen until recently. His father, Mike, has owned a machine shop for nearly 15 years, and Tony ignored the business for most of his childhood. But a couple years ago, right as his love of putter design and the overall business of golf took shape, Tony realized how capable the machines actually were.

It took time for Tony to convince his dad that custom machined putters were worth pursuit. “He dismissed it at first,” Tony said. “Said we didn’t have the time, but I kept persuading, kept pushing and made a prototype.”

That prototype was an eye opener for Mike, president at A.Titan Instruments Inc., who wisely had his eye on the bottom line. After getting a feel for the putters and how high quality they are compared to competing lines they saw at a PGA merchandise show, it was obvious that there was room in the market for American-made, custom-crafted putters. T Squared Putters was a go. 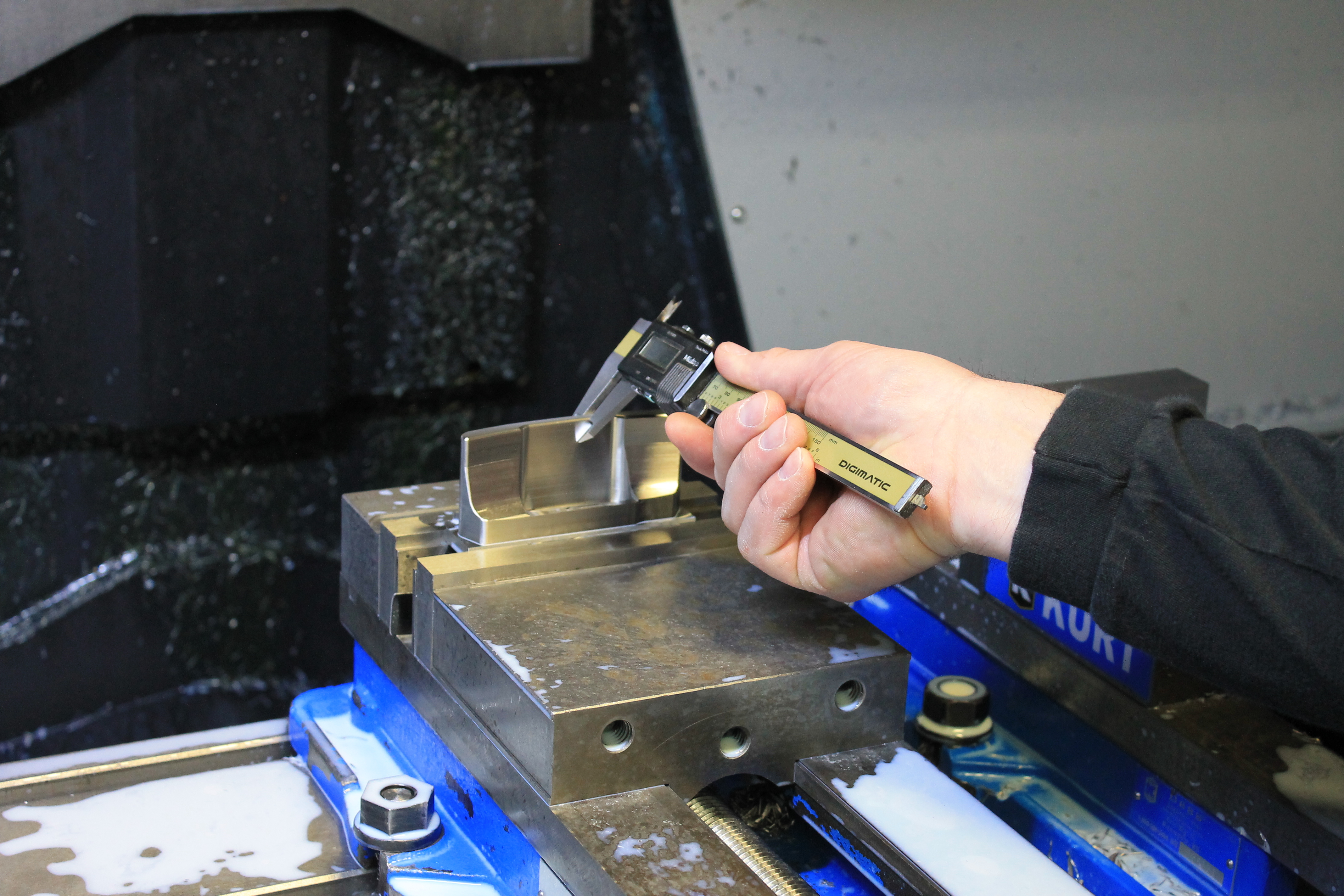 About 15 years ago, Mike’s local distributor from Syracuse Supply, Kevin McCarthy, asked a simple question. “Why not Doosan?” Mike did his homework, and soon after, he welcomed a 3-axis vertical machining center. The shop floor now has four verticals, one horizontal with a pallet pool, and five lathes. 10 Doosan machines now crank out parts for Mike’s company as well as T Squared Putters.

When asked why he kept coming back to Doosan, Mike said, “A big part of it is great service from our distributor. Problems we’ve had are slim to none. The verticals we bought in 2005 are still running two shifts a day. We’ll probably add another this year, maybe another one or two in the next five years.

“My son wants a five-axis so he can do a lot more work in less time, but my favorite machine we currently have on the floor is a PUMA TT1800SY. Twin turret spindle that lets us make the part twice as fast.” 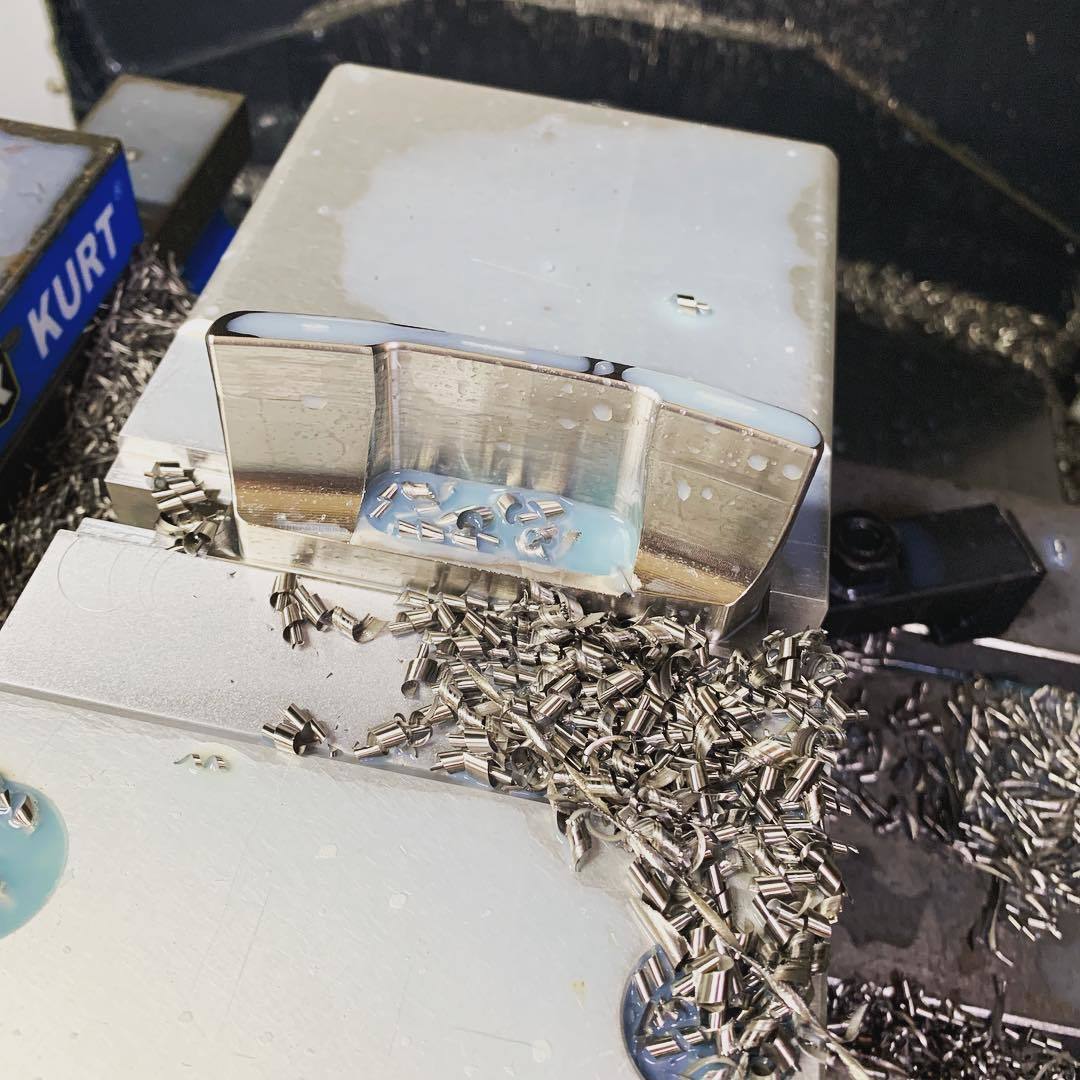 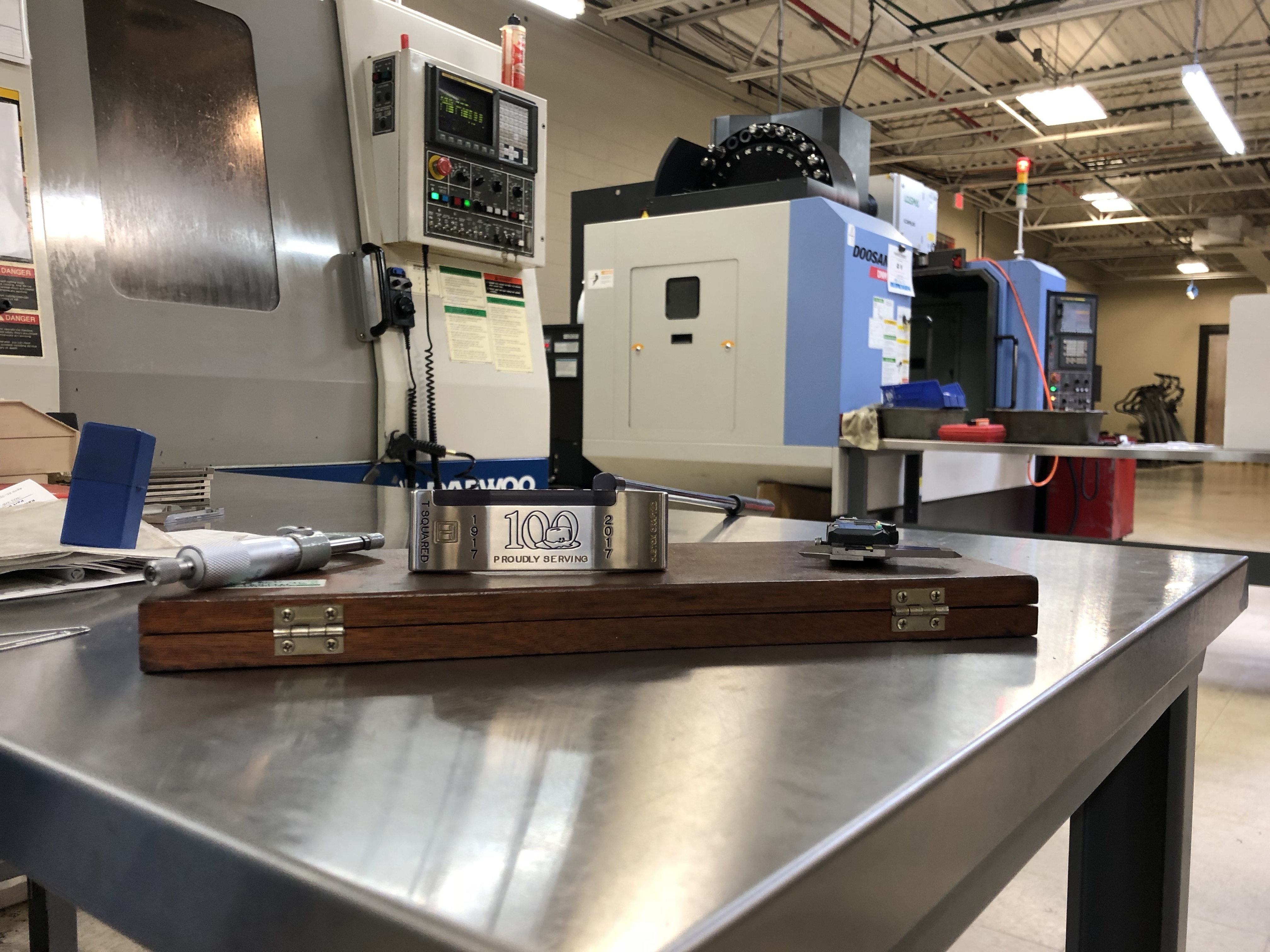 When Tony gets a putter order, he does everything but the CNC programming. He personally draws up a blueprint based on the conversation. Once approved, the drawing goes to the engineer, who writes the CNC program. Tony then takes over again to prep the raw material and set up tooling and fixturing. He also handles the finish work, the painting and the customization. All in all, it takes 1 to 2 weeks to go from initial conversation to shipped putter.

Tony zeroed in on making putters because of how vital they are. It’s the most used club in the bag, and the only one that golfers reach for on pretty much every hole. “They’re all my babies,” Tony says of his five putter models. “But one looks cooler than the others.” That would be the Ts-713i, the company’s most popular model. It has a 6061 Aircraft Aluminum insert backed by Teflon technology. The result is an ultra soft feel that customers love.

That feel is a byproduct of uncompromising accuracy. T Squared takes pride in its +/- 0.0005 tolerances on all putters. “Where store-bought putters are cast with wide open tolerances, we make sure to get the loft and lie angle just right,” Tony says. “The Doosans allow us to produce the quality our customers demand.” 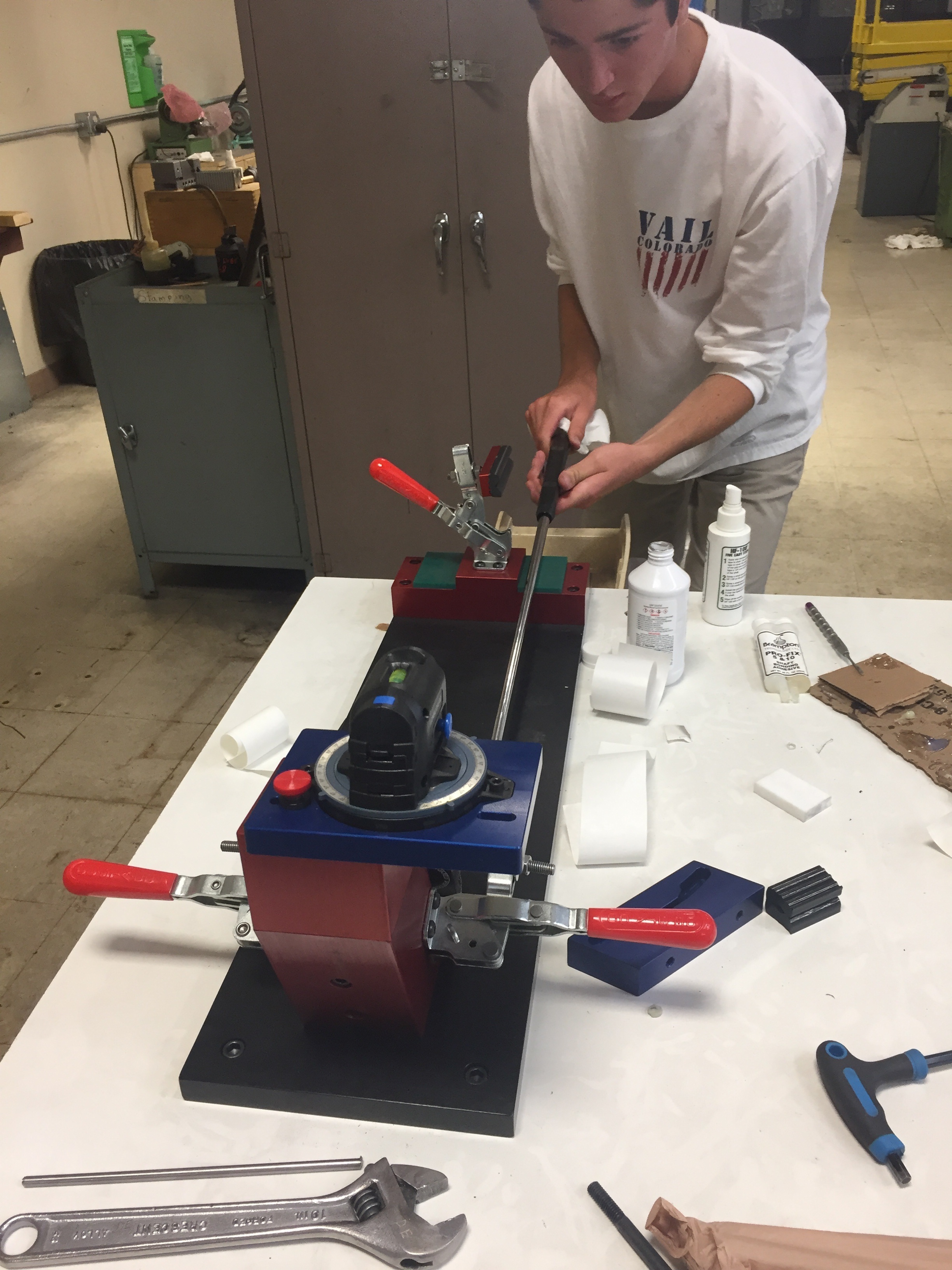 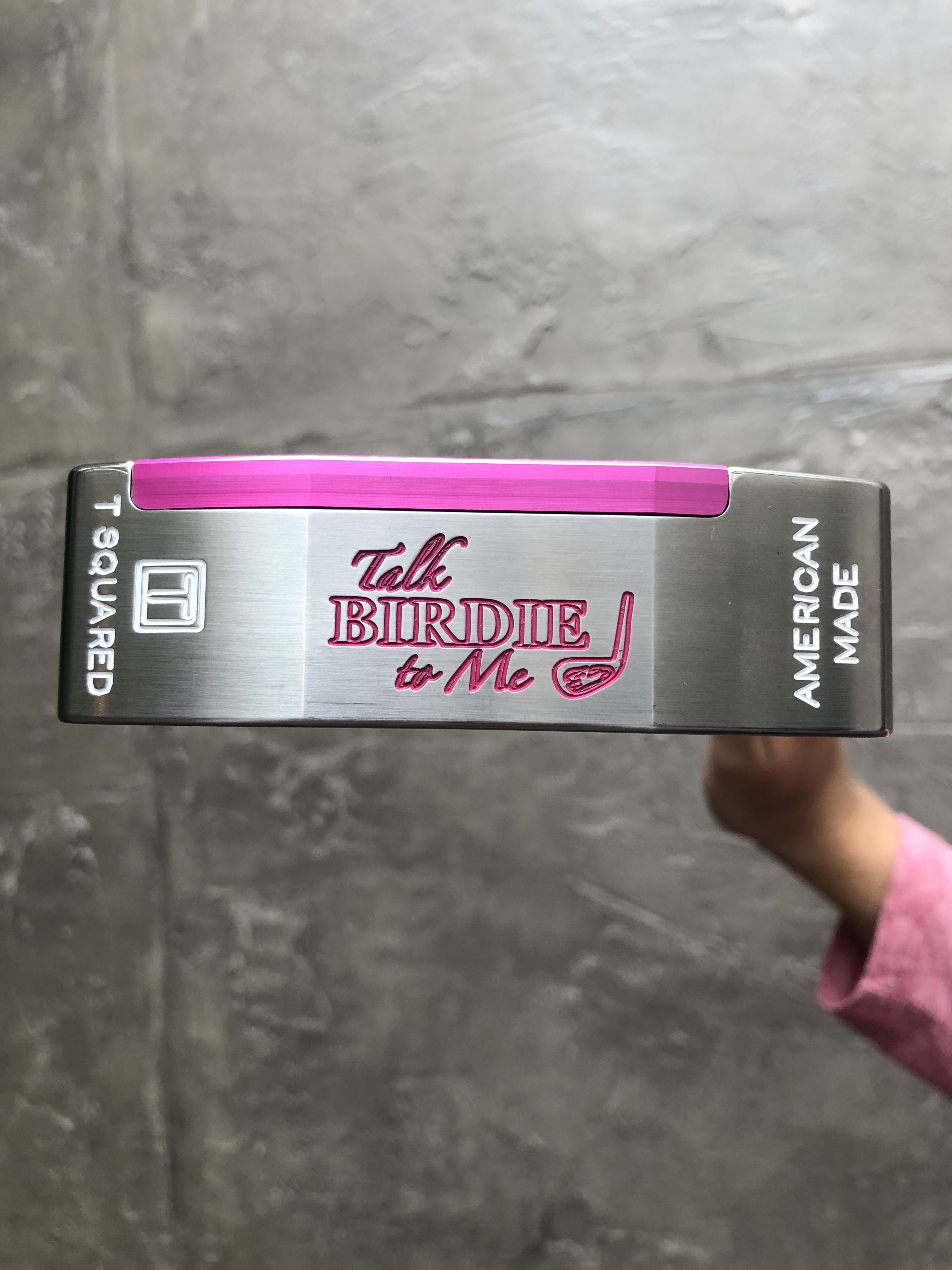 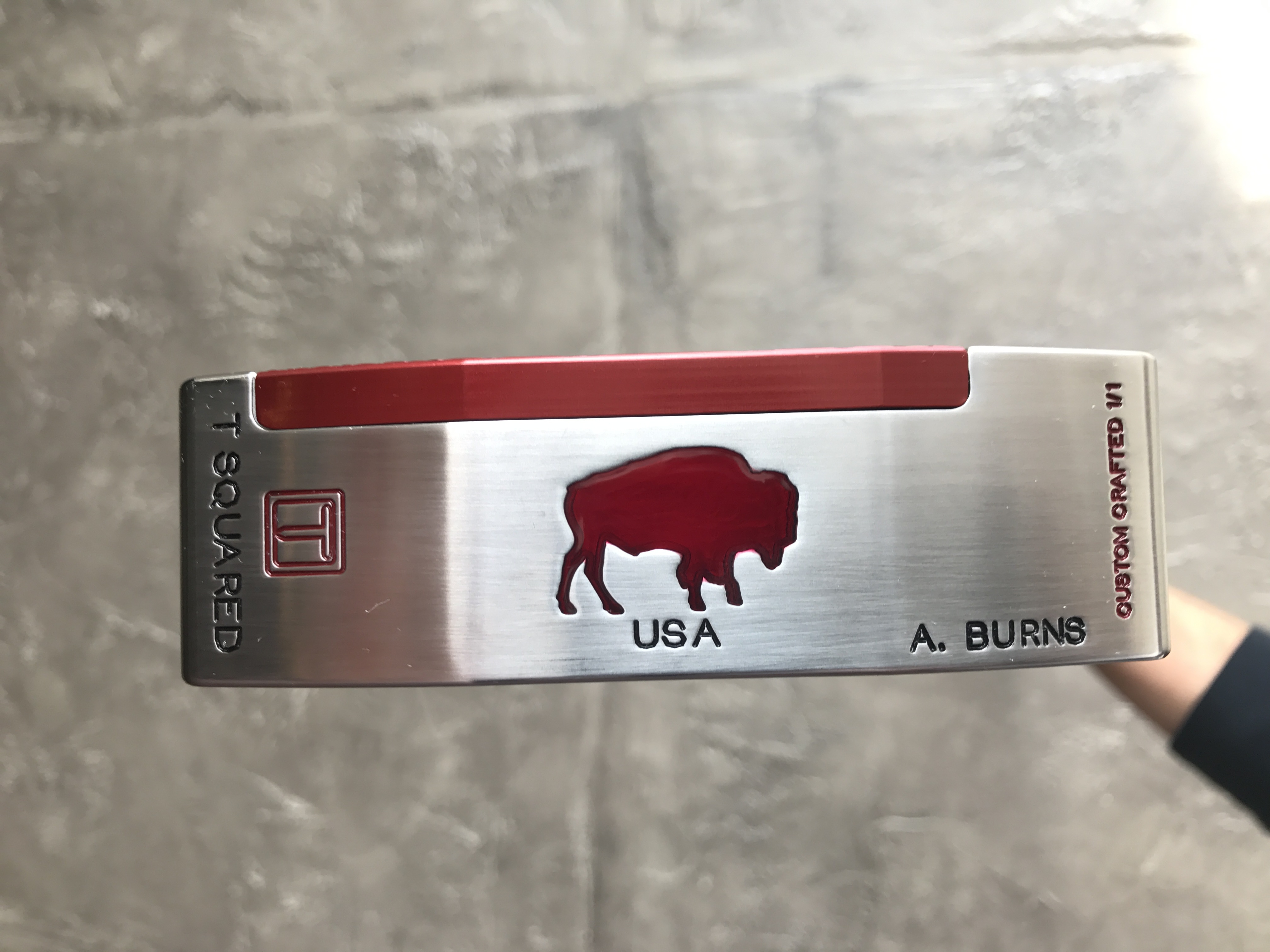 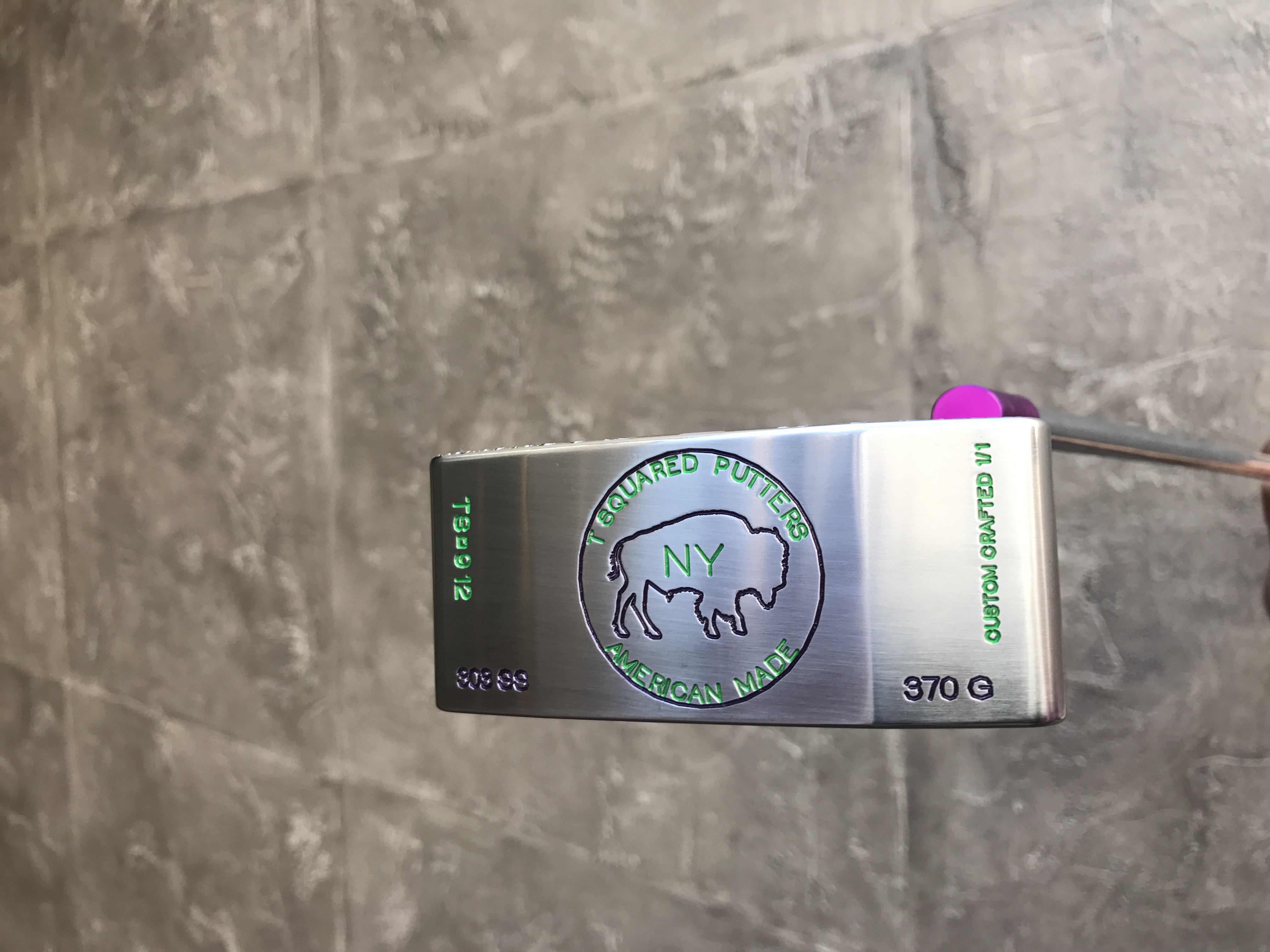 The Future at T Squared

Mike and Tony live and work near Buffalo, New York, but they talked to us for this article while on the road in Texas. Tony is eyeing Texas Tech, the University of Texas or Texas A&M for college, and the plan is to get engineering and programming education to become a well-rounded manufacturing business owner. He’s learned how much work it takes to build a brand and all the time and money it takes to make it go.

Moving forward, he’ll likely be the only college student with a team of people working for him half a country away. It’s a challenge, but with Doosan equipment and his passion for the game, it appears T Squared Putters will be around for quite some time.

Do you know a Doosan Shop that’s eager to share its story? Contact us to schedule a half hour interview.