The Lynx 2100 LSYC: A Tough Lathe Turns Out a Tuff Pen

Tuff Writer Mfg., an American precision machining company, understands that people often depend on their tools for their lives. Sometimes, quite literally! In fact, the Tuff Pen series is so rugged that the company’s first customers were from the military and law enforcement. They wanted a “tactical” pen that would work through the harshest conditions and even be strong enough that it could be used for self defense. That's precisely why Tuff Writer makes the world's toughest pens and pencils, along with carabiners and other accessories.

A Superior Machine for Superior Results

Tuff Writer started ten years ago as one of the few companies in the tactical pen market. They were designing and making prototypes, but outsourcing production. Two and a half years ago it was decided to bring production in house to control the quality as orders for higher-end products began to ramp up. This would entail making small runs with the greatest level of precision possible. The team wanted a horizontal turning center with a sub-spindle, Y-axis and live tooling. Wanting an HTC that matched his own standards for quality, owner Jack Roman did plenty of research before deciding on the Doosan Lynx 2100 LSYC. “I talked to a lot of people,” he said. “And they agreed the Doosan had everything I wanted at a good price.” 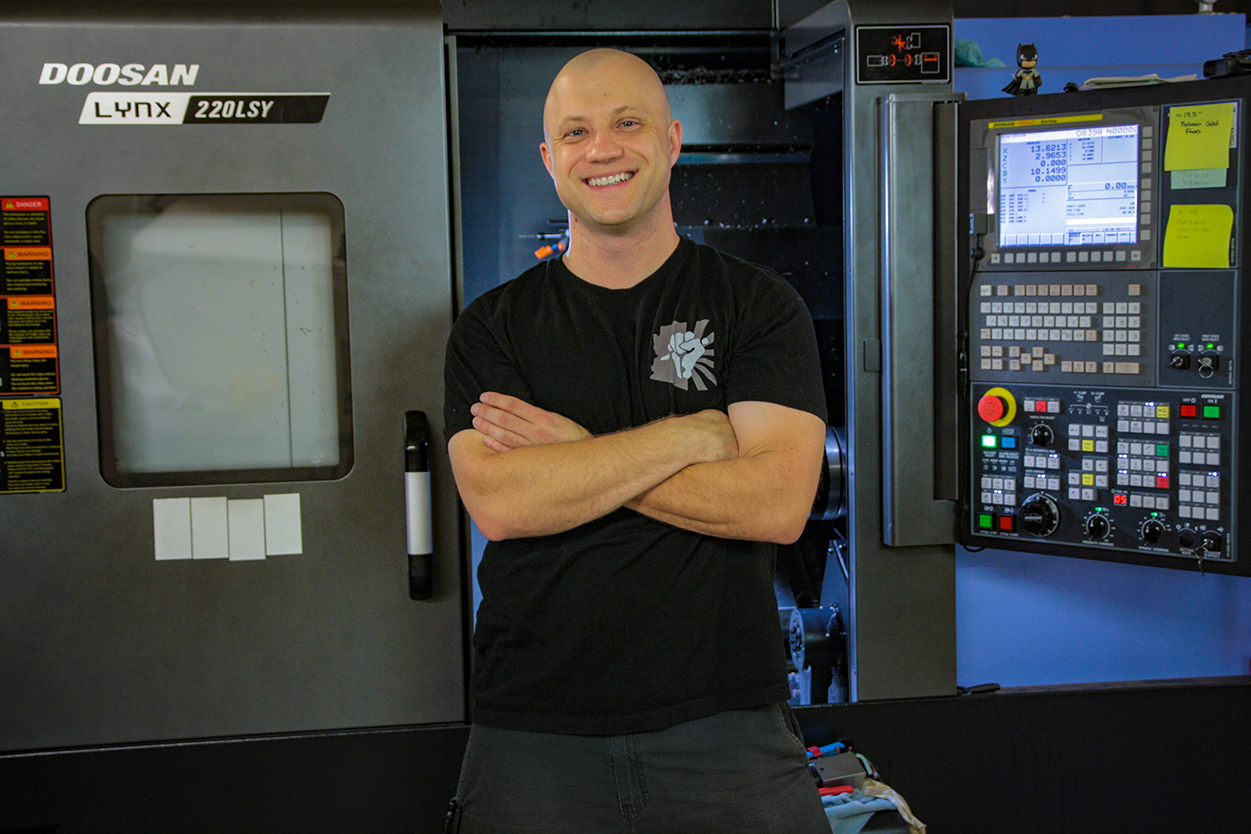 The high power/torque motor of the Lynx 2100 LSYC was designed to support high precision and heavy duty cutting for profiling and surface finishing the bodies of the company’s pens. Tuff Writer uses the Y-axis to machine tips and clip recesses in addition to threading and drilling for additional accessories and components for other products. The sub-spindle function enables rear-side cutting by a single setup, thereby maximizing productivity and efficiency.“We can complete the process with one setup instead of being forced to do multiple operations,” Roman explained.

Hard Materials Cut Down to Size

Tuff Writer also finds that the Doosan lathe produces superior results when working with more exotic pen materials such as titanium. “Even though titanium is much, much harder to machine, its strength to weight ratio is impressive and it is naturally corrosion resistant,” said Roman. “Plus, we get a beautiful finish with the Doosan HTC that makes it look great.”

By adding exotic materials such as titanium into the mix, the company found a whole new market of customers who still wanted pens with strength, but with the added element of style. Models are also available in aluminum, brass, copper, stainless steel and zirconium. Today, roughly half of the company’s sales are high-end variations. 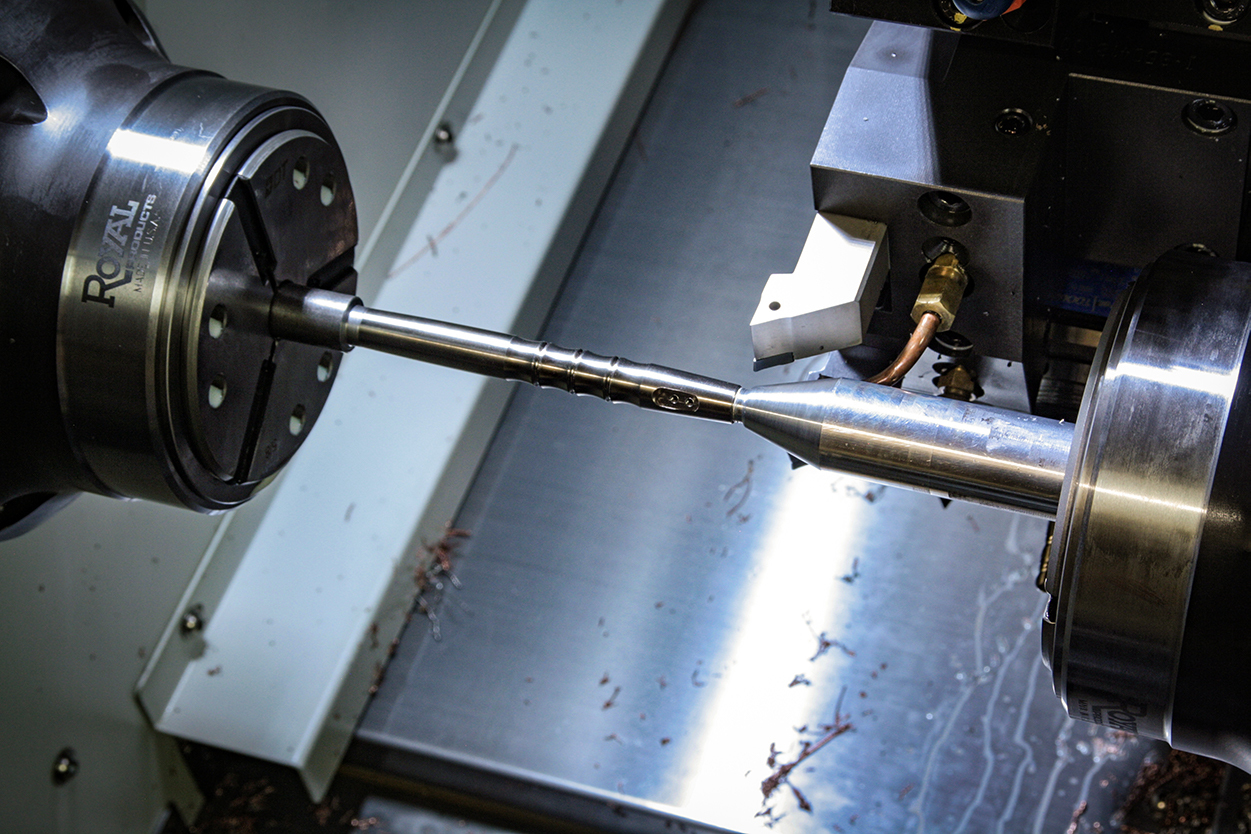 Another factor in favor of purchasing the Lynx 2100 LSYC was the fact that it comes fully equipped with all the features required to turn out exceptional pieces. According to Roman, “Having everything standard was very attractive. The other companies want a lot of money for options and some, like milling, are not even available unless you specifically ask for it.”

Roman had nothing but good things to say about Adams Machinery, their Doosan distributor. He says that owner Richard Short, Sales Manager Paul Czaplicki and Service Manager Brian De Villier are “rock stars.” He also called out Doosan’s Steve Allnutt for helping with the applications and initial programing. “I thought the transition would be difficult, but honestly it just was not that hard.” 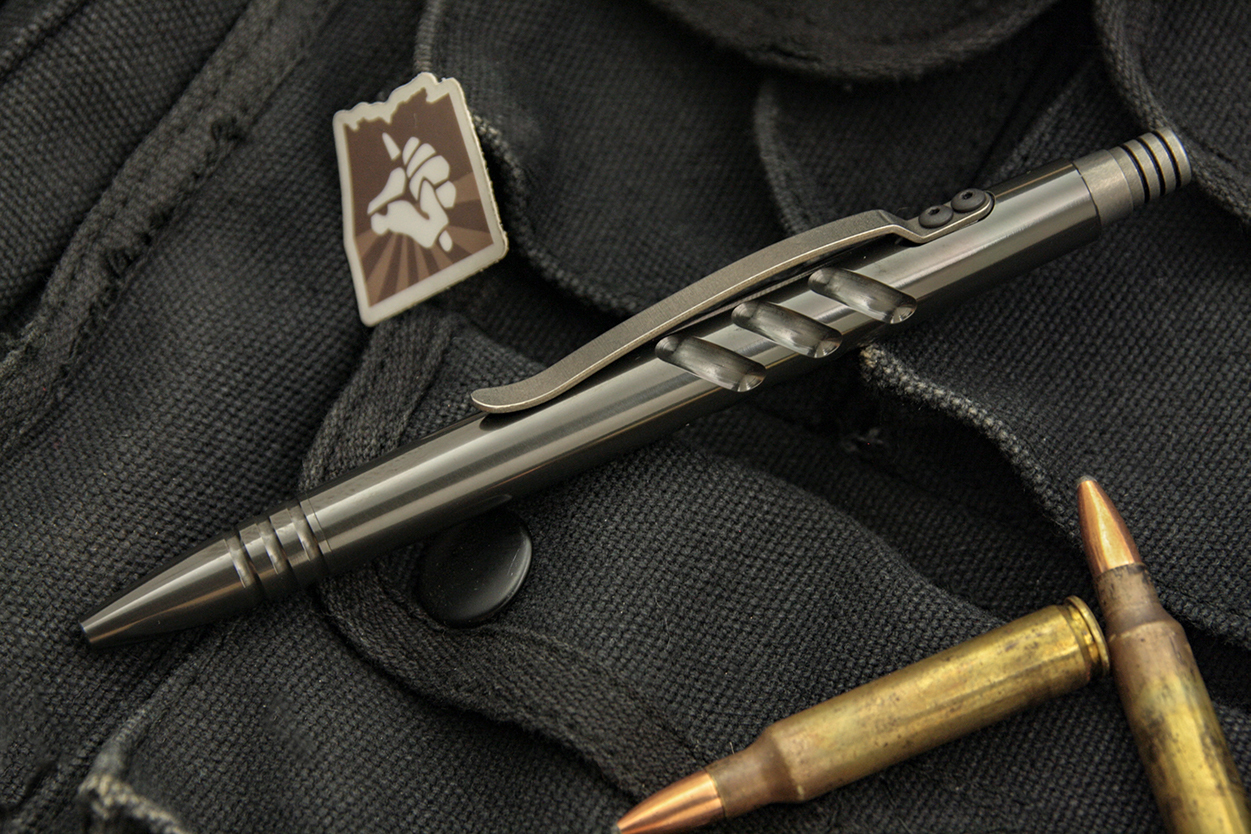 Pride and Precision in the USA

Roman wrapped up by stating, “We're a small American manufacturing company and we take a lot of pride in the products that we make. I think we show that you can actually design and manufacture in the United States and come up with competitive, very high-quality pieces. Here at Tuff Writer, Doosan and our Lynx 2100 LSYC help us make that happen.”

Contact your Doosan distributor if you would like to find out more about the Lynx 2100 LSYC and all our quality machine tools.